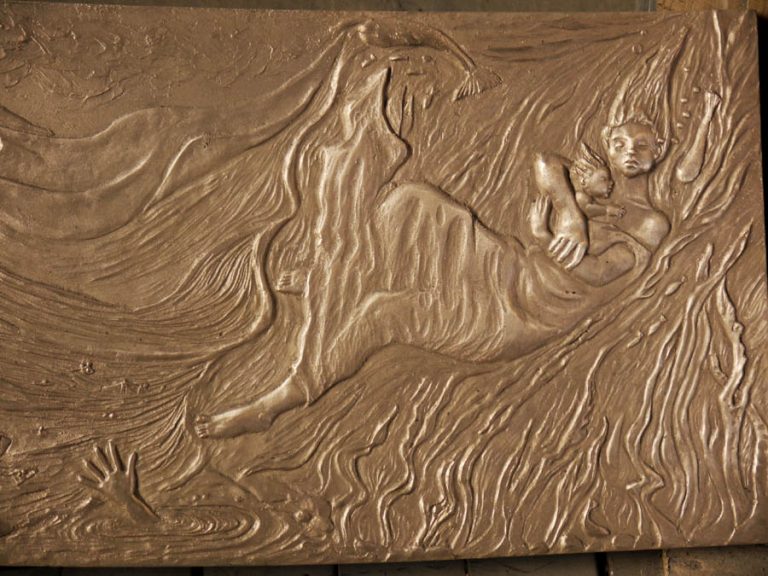 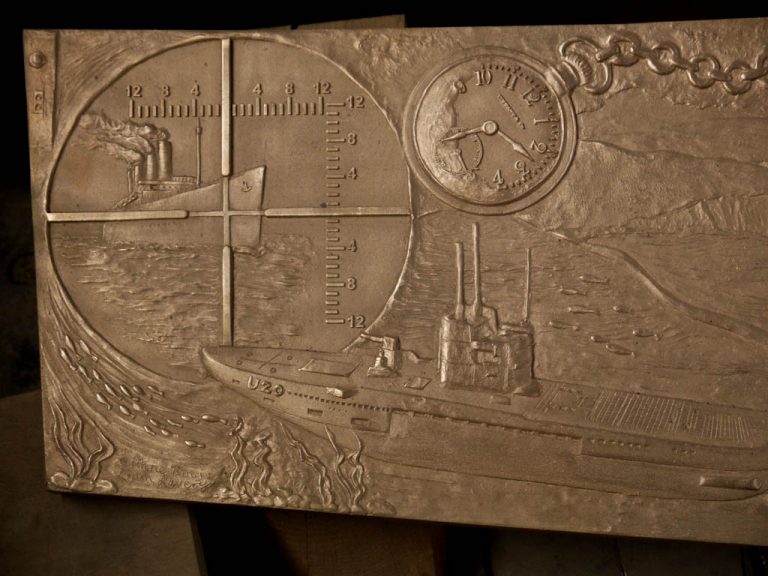 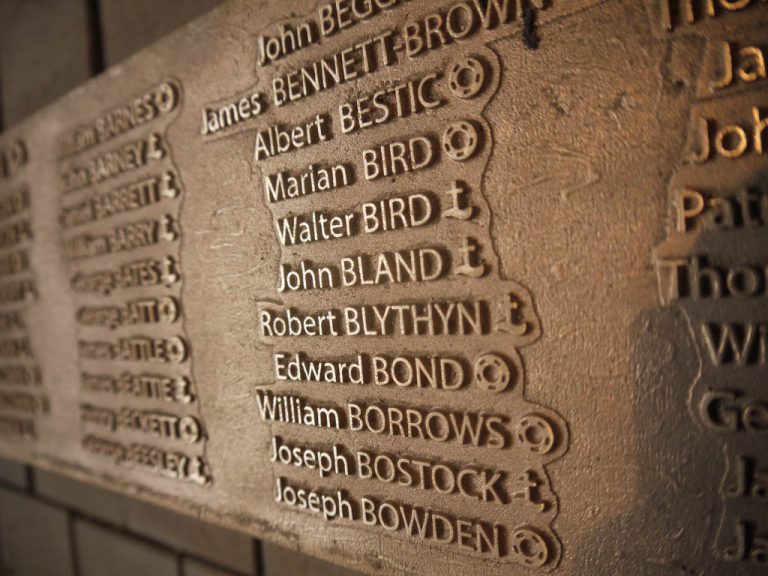 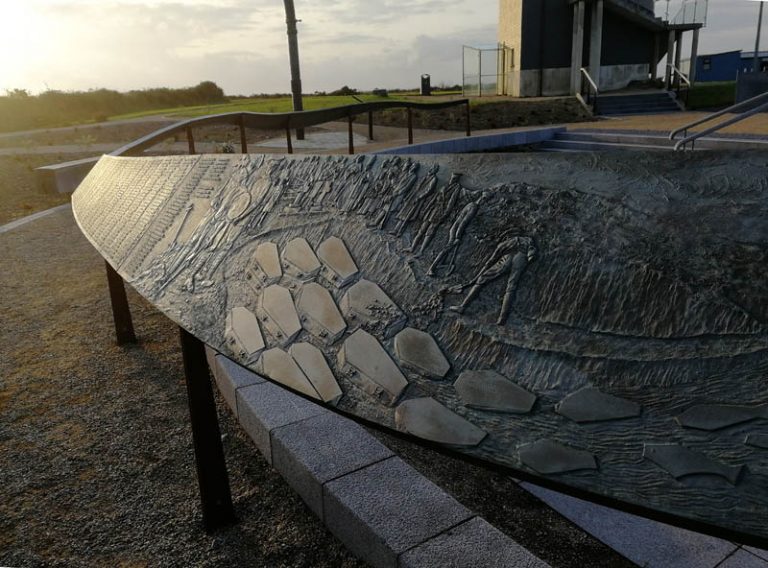 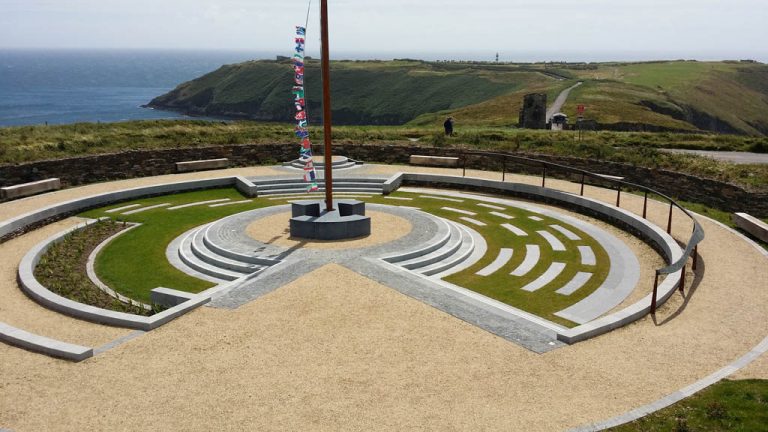 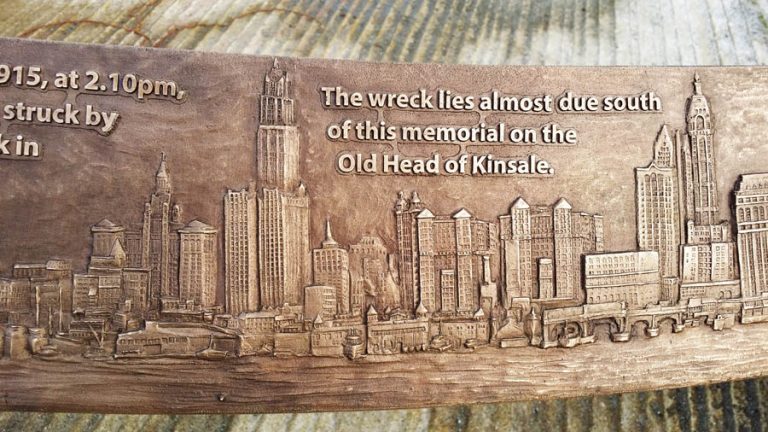 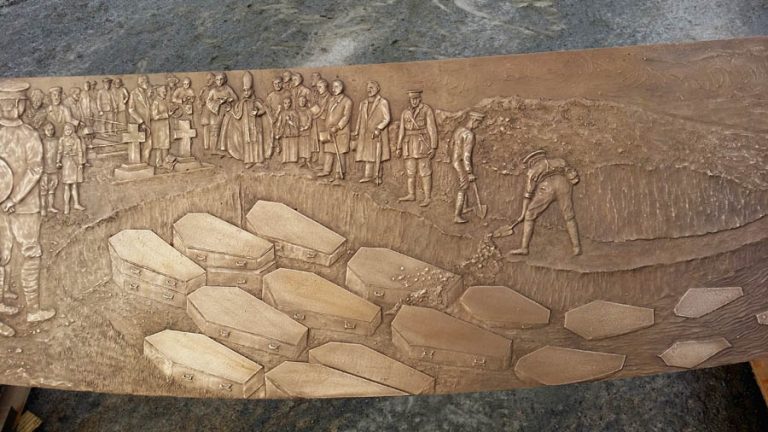 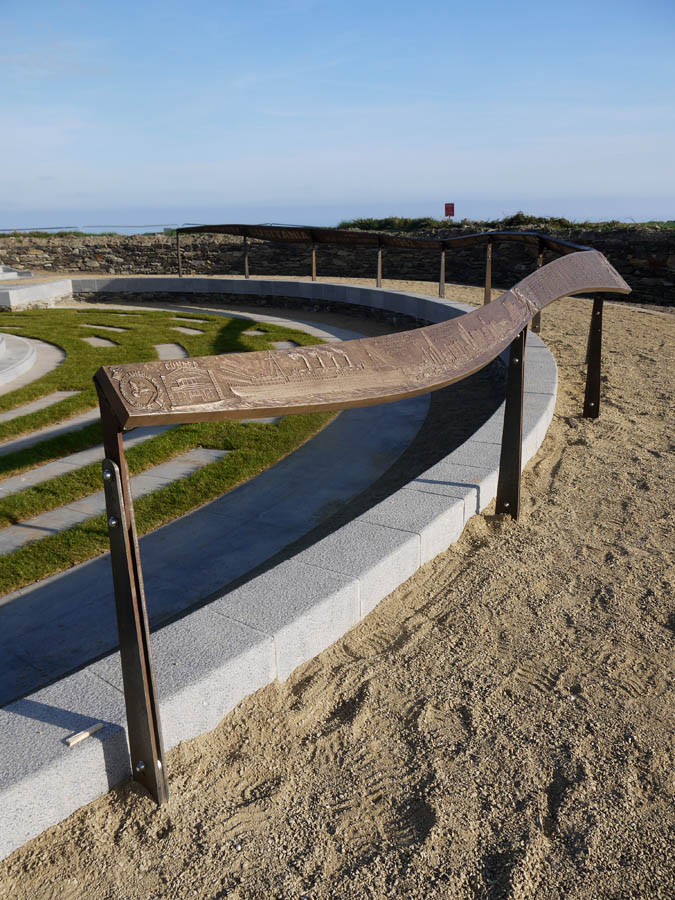 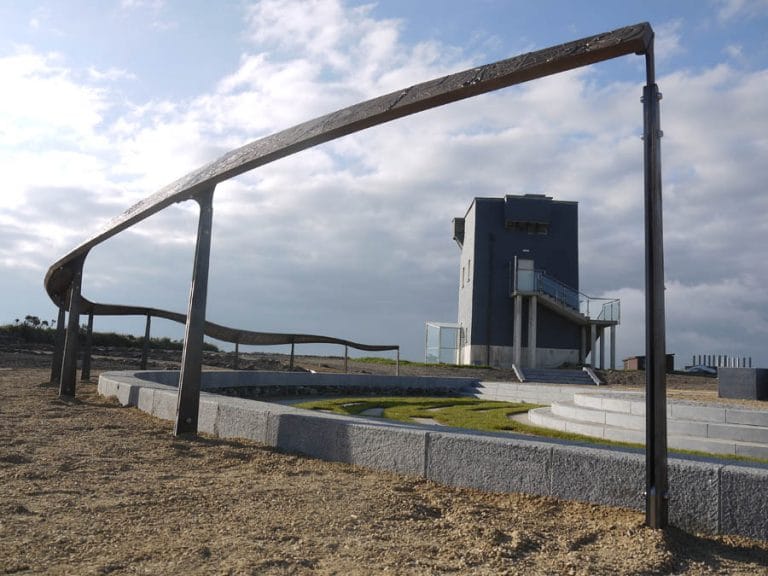 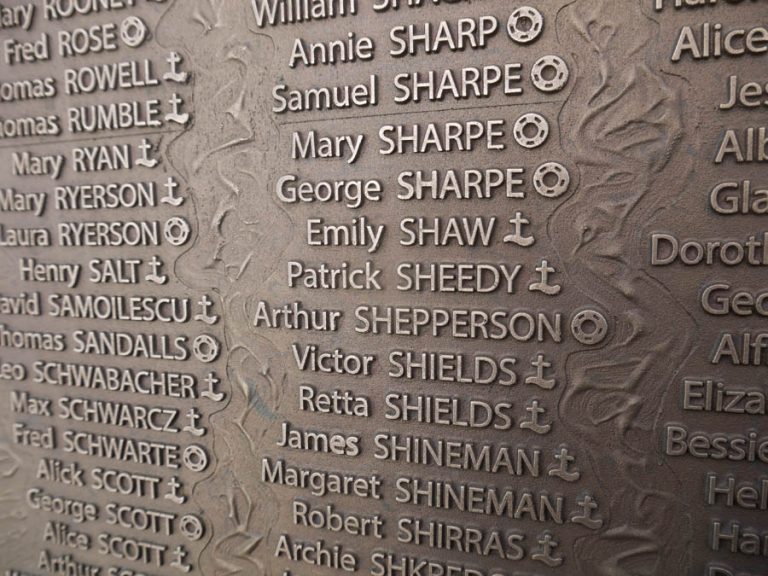 This 20m long bronze sculpture remembers the victims and survivors of the sinking of HMS Lusitania by a German U-Boat on 7 May 1915. It takes the form of an undulating wave that curves one third of the way around the perimeter of the Memorial Garden and is made up of 10 sections supported by COR-TEN steel legs. The upper face, inclined at 45 degrees, depicts a series of low relief images and a list of all crew and passengers on board on that fateful day of 7 of May 1915 when it was torpedoed off the old Head of Kinsale. The story of that tragic day is revealed as the viewer follows the wave around, interspersed with the names of the passengers and crew, giving a real sense of the tragedy and the large number of people involved; with each name accompanied by a symbol of either a lifebuoy or a cross on a wave indicating their fate.

The underside of the piece, when viewed from the lower level of the sunken garden, represents the underwater wreck of the Lusitania illustrating key points relating to the ship’s last voyage; with bits of wreckage, sea weeds, crustaceans and fishing nets on a rough textured background.

The supporting legs are made from COR-TEN steel; weathering steel, which forms a stable rust-like appearance to further suggest wreckage. The shape of the legs are inspired by the metal work of the crane boom girders, the platform railings, bridge supports and the railings on the ship’s deck.

The sculpture was cast in the bell foundry of Cornille-Havard in Normandy, France using the traditional sand casting technique.