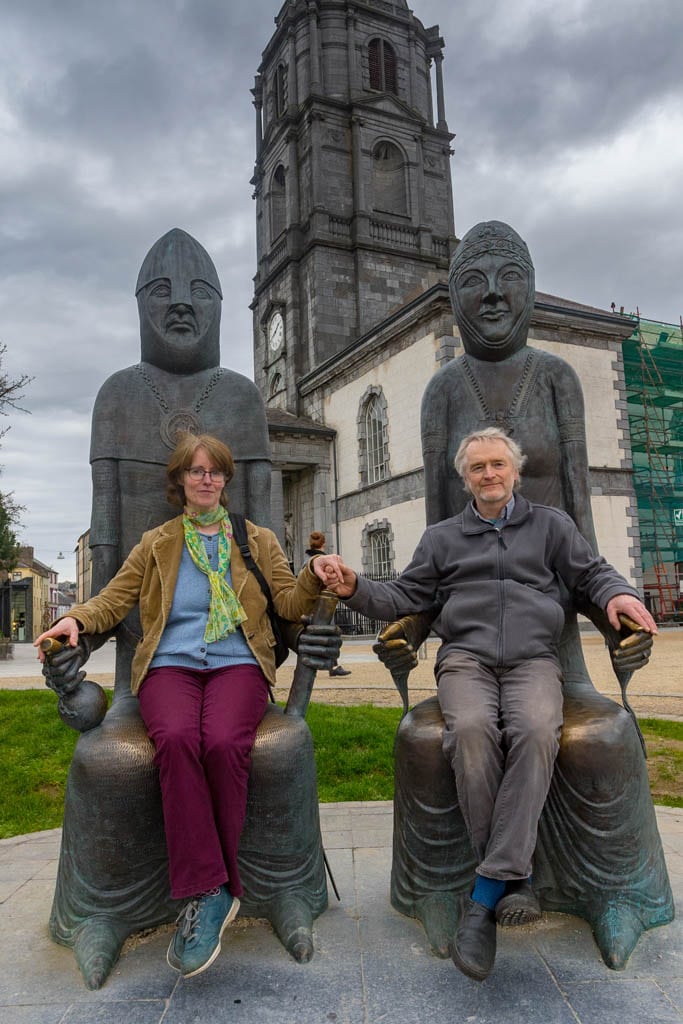 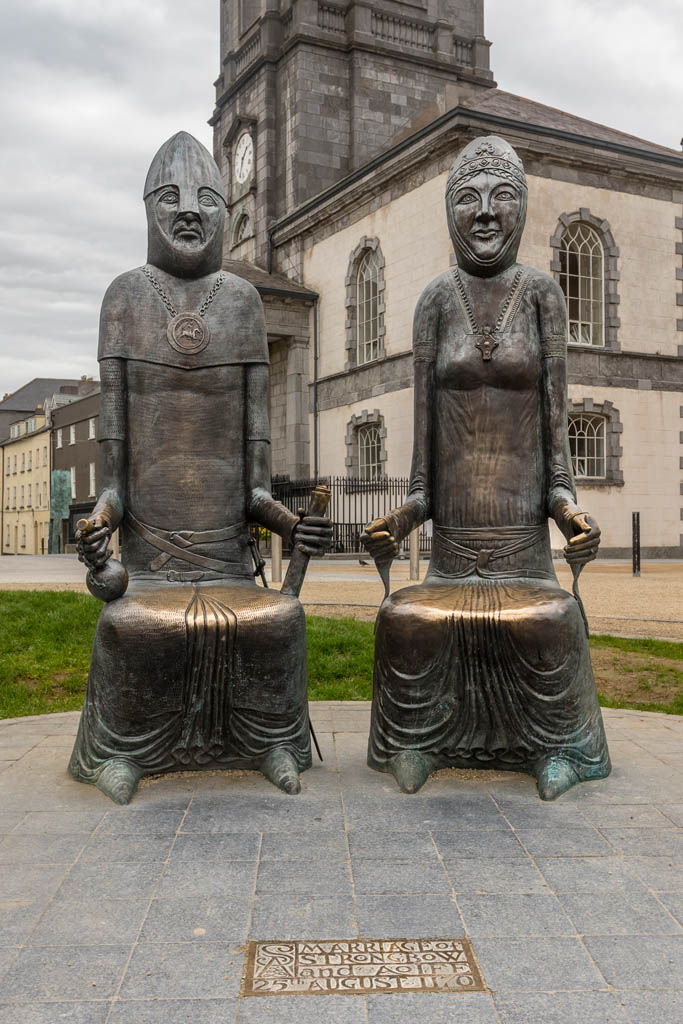 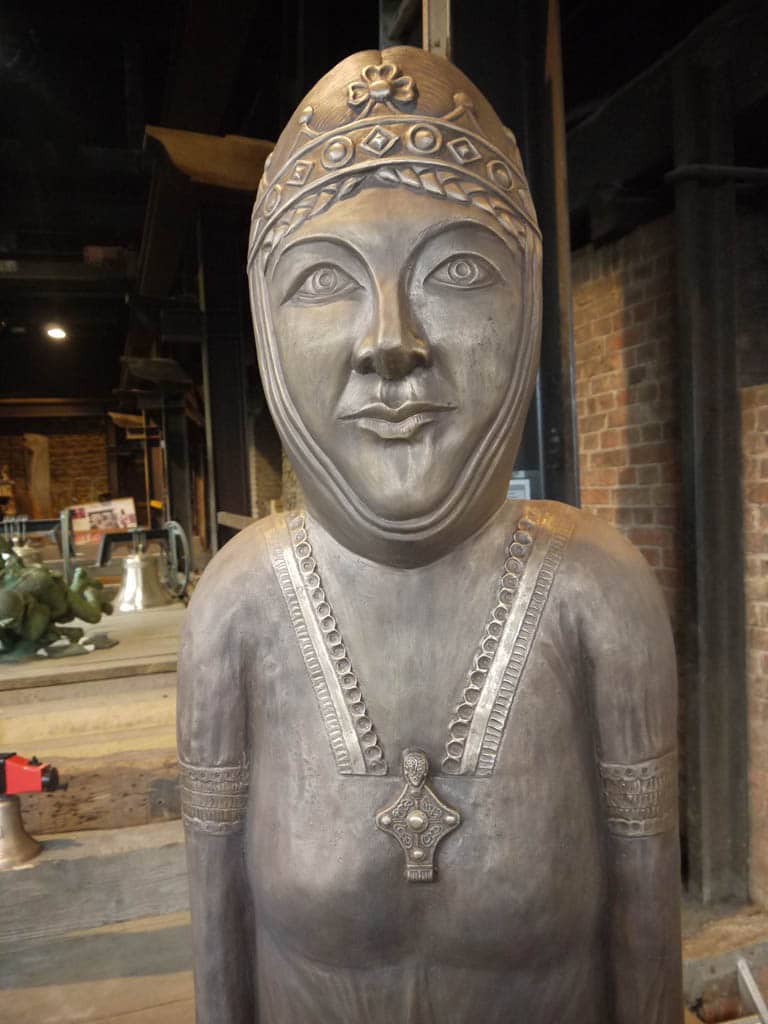 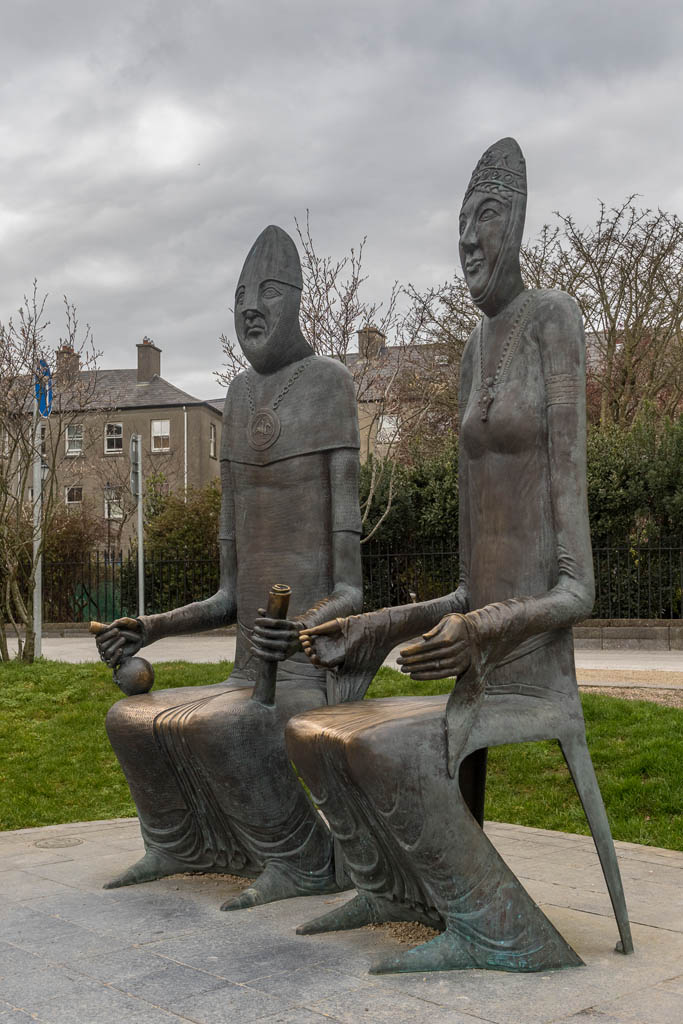 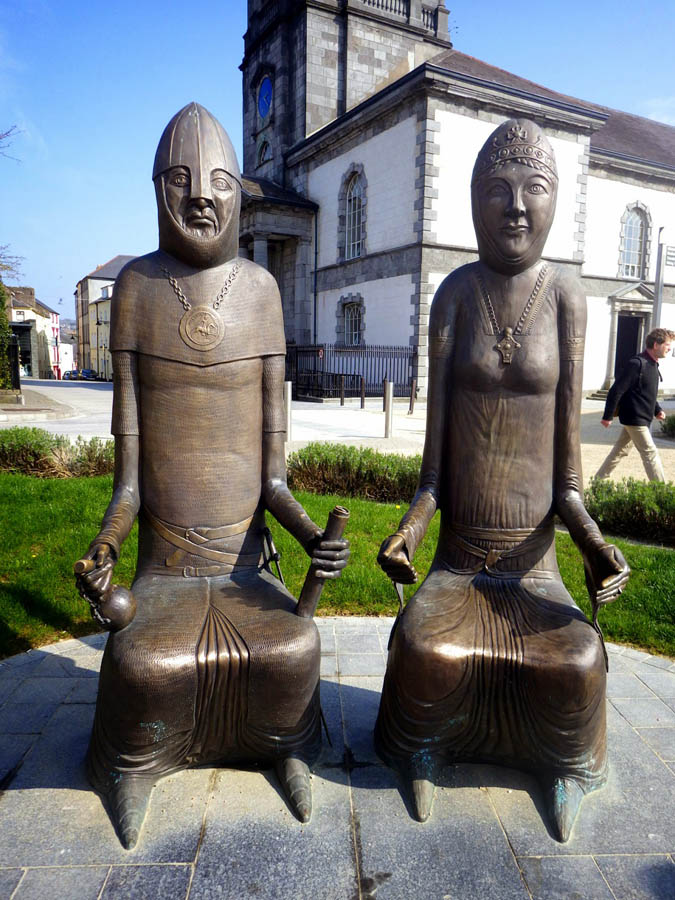 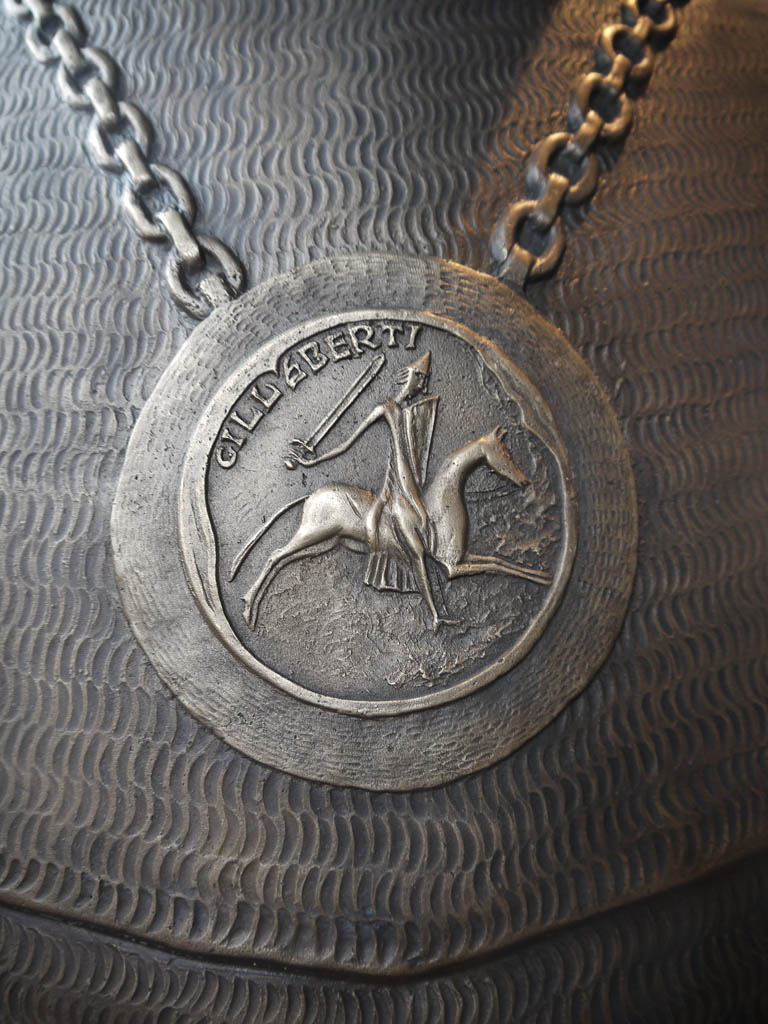 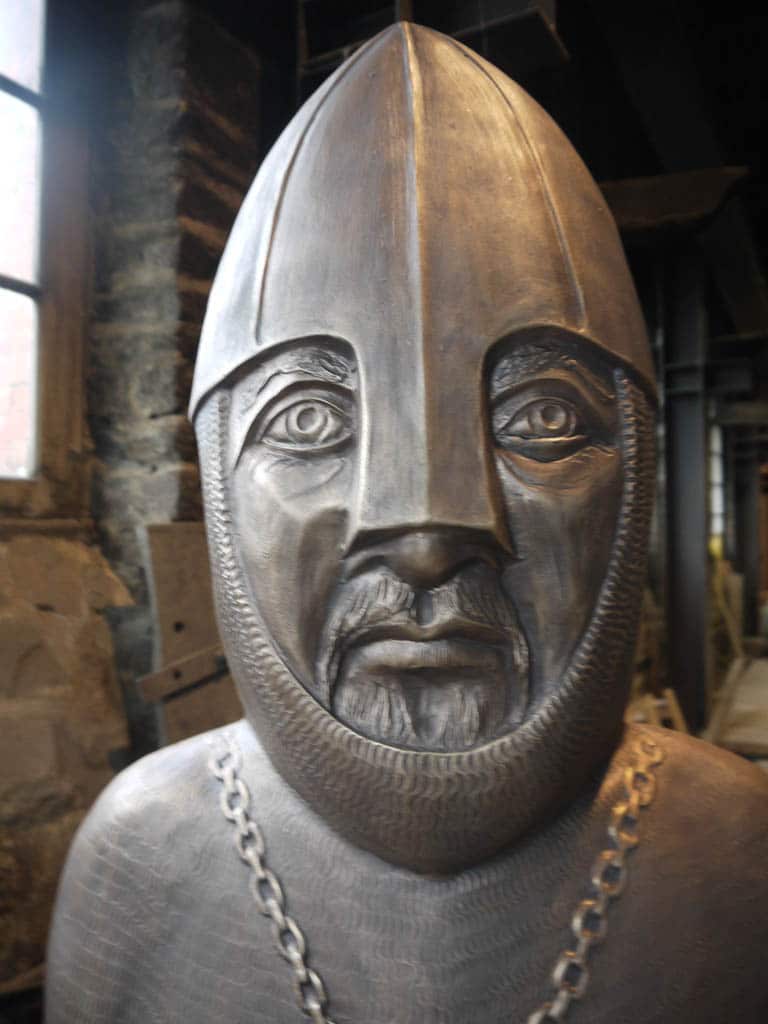 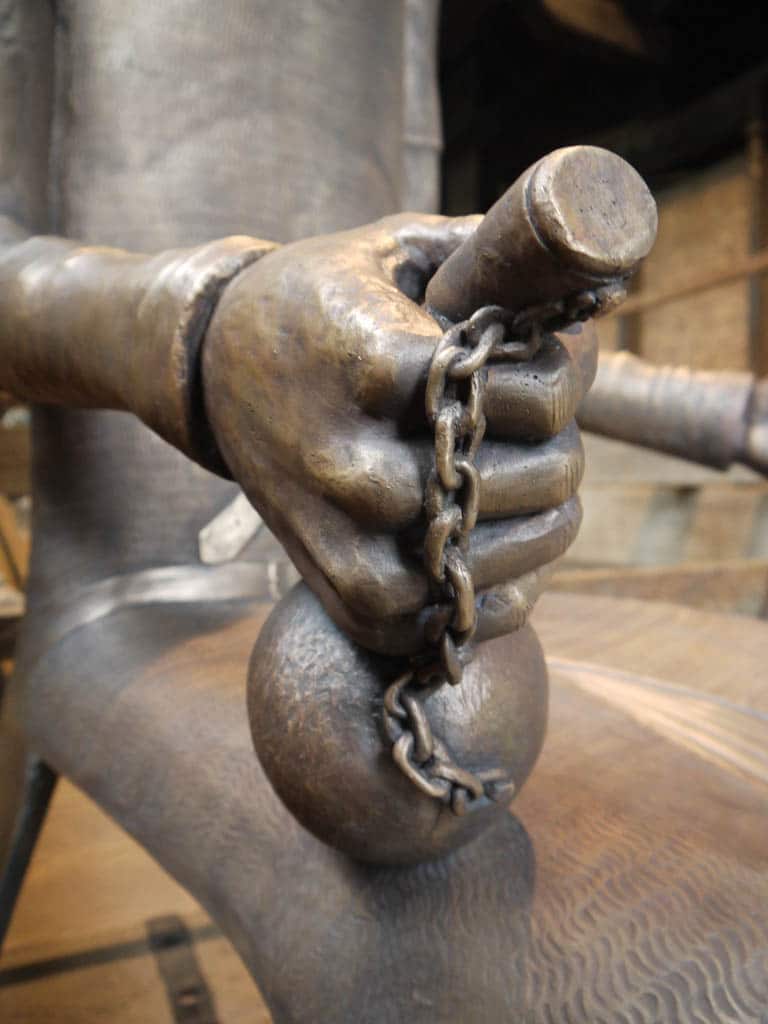 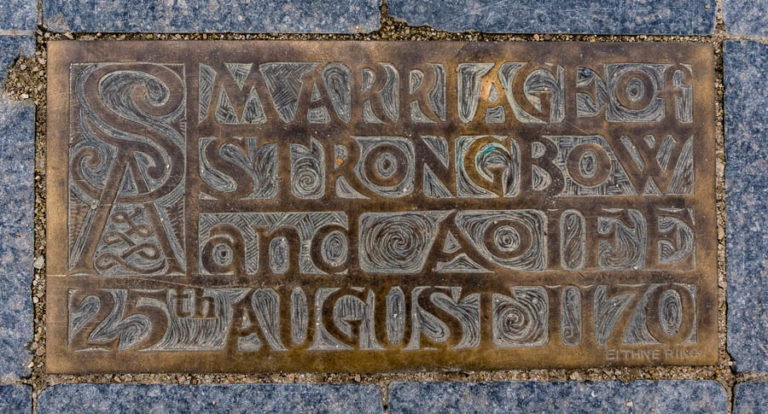 On Sunday the 26 August 1170 a marriage took place in Waterford’s Christ Church Cathedral which changed the course of Irish history – that of Aoife McMurrough and Richard de Clare Earl of Striguil who was commonly known as Strongbow. Strongbow and his band of Anglo-Norman Knights and mercenaries had arrived in Ireland in 1170 to support the ousted King of Leinster, Dermot McMurrough regain his Kingdom. In exchange for his support, Dermot had promised Strongbow the hand of his beautiful daughter Aoife in marriage and to make him heir to the kingdom of Leinster.  Following a successful three day siege of Waterford, and ‘amid the smouldering ruins of the town’, Strongbow and Aoife were married in the cathedral. This piece commemorates this wedding.

One of the requirements of the commissioning brief was to encourage public interaction and engagement with the sculpture and provide photo opportunities and express a shared and diverse past.

The figures are medieval in style Strongbow wearing the Norman style helmet and chainmail along with the “Strongbow-Seal” around his neck. His sword is by his left-side while he holds the mace and chain in his right-hand; both symbols of war, a scroll in the left-hand as a symbol of the agreement made between Strongbow and MacMurrough.

Aoife is wearing a crown which makes reference to the painting by Daniel Maclise in the National Gallery of Ireland, “The Marriage of Strongbow and Aoife”. She is also wearing the Kite brooch, which is one of Waterford’s finest artefacts from the Viking era.