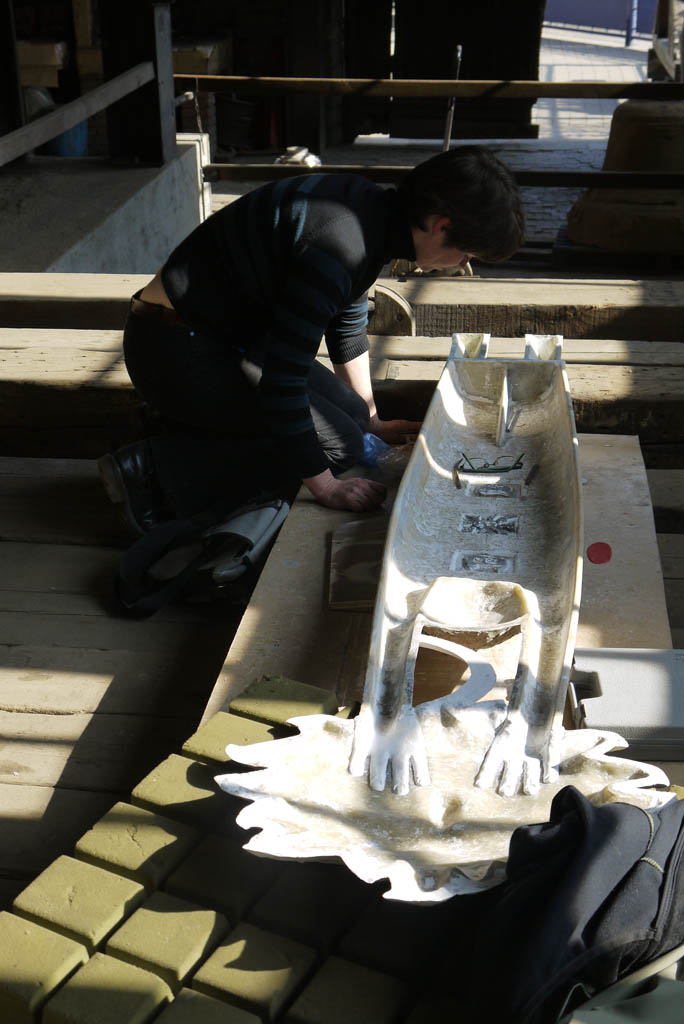 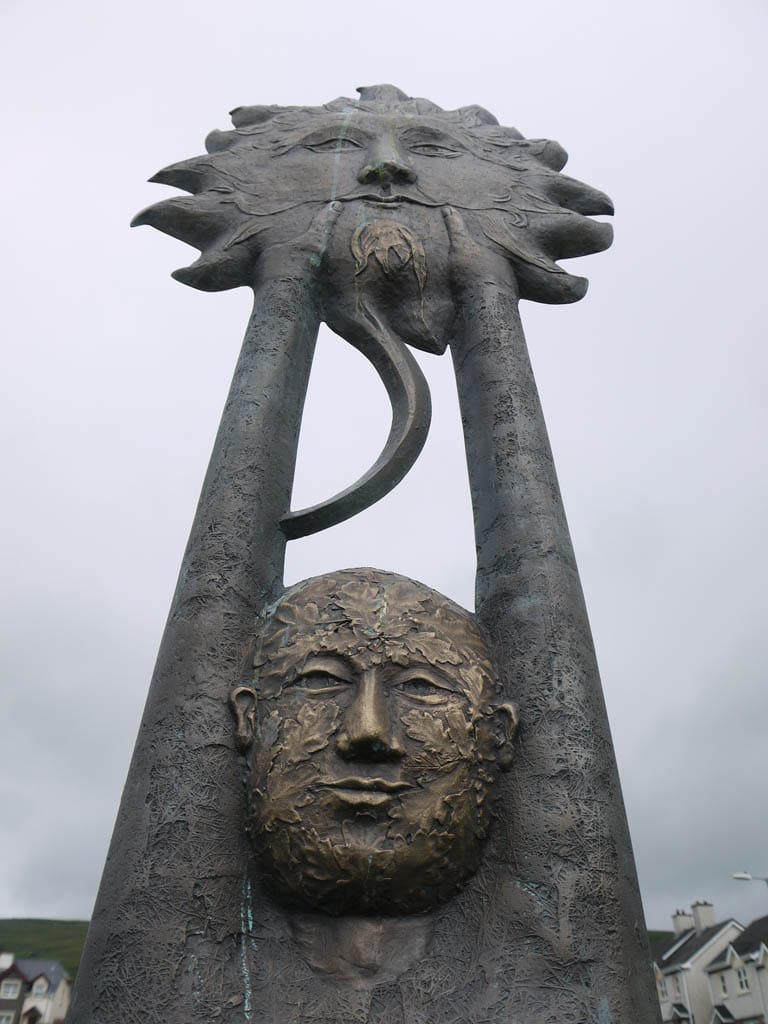 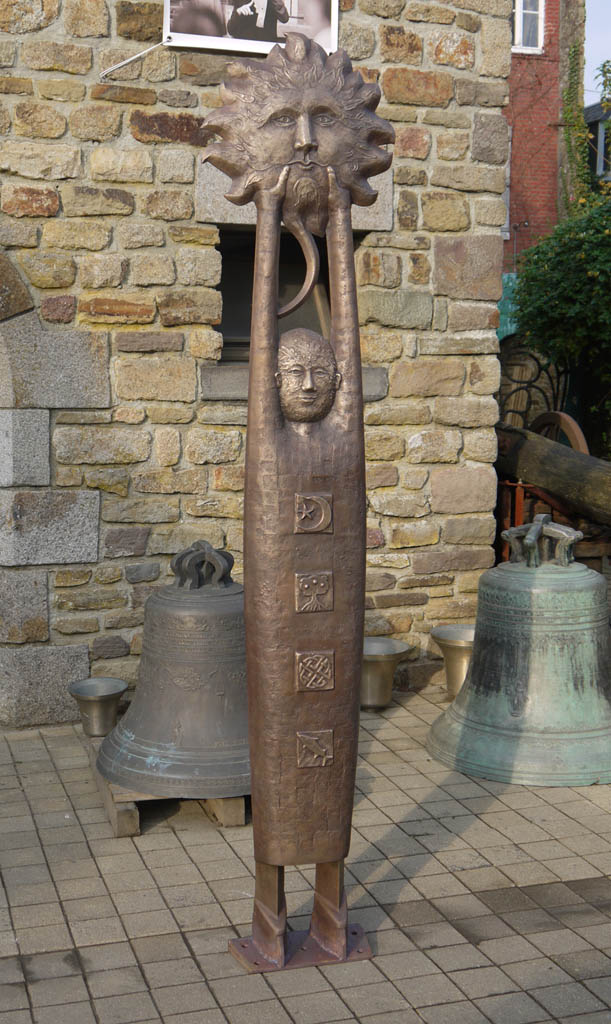 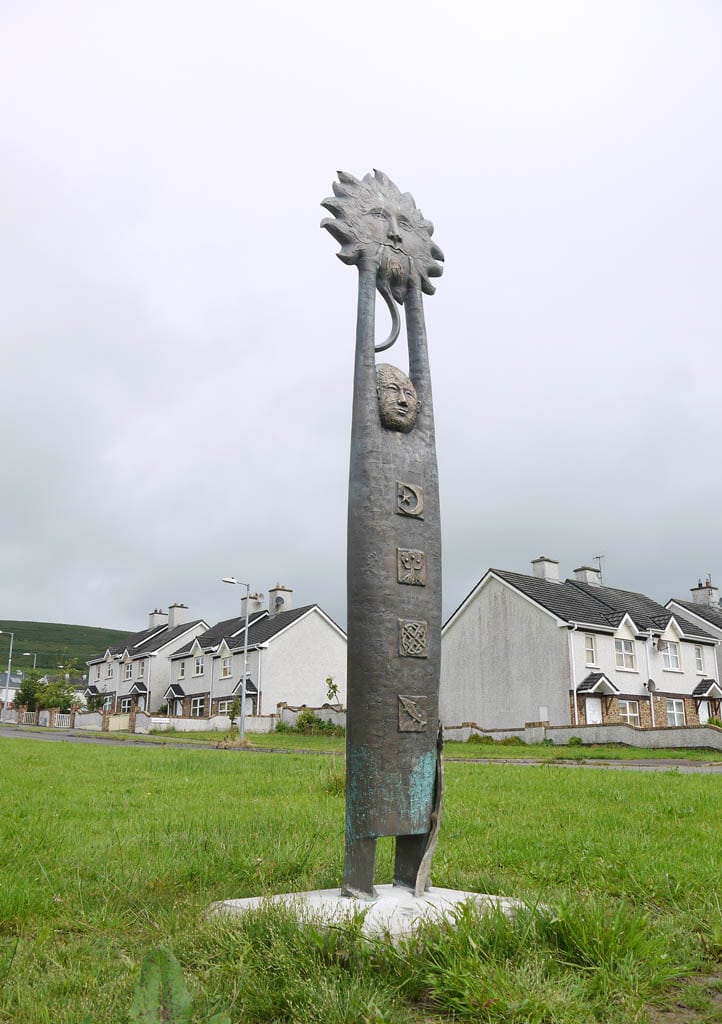 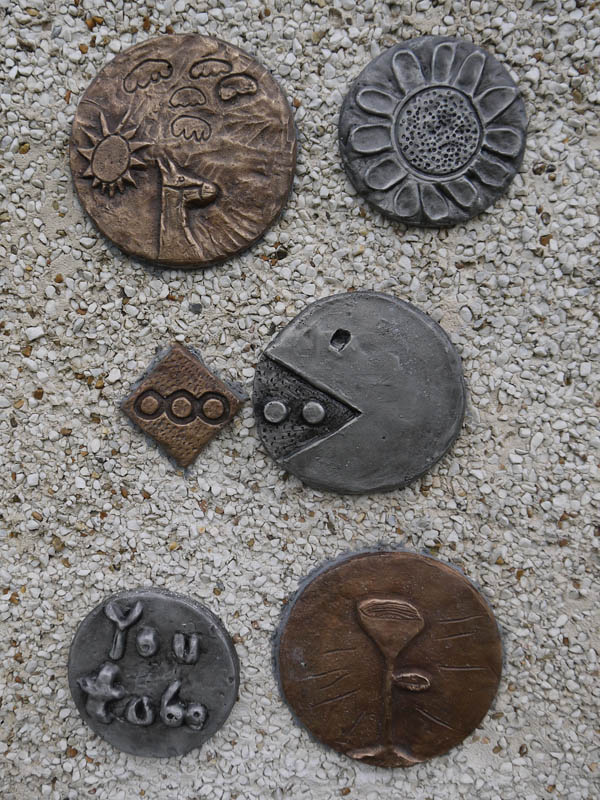 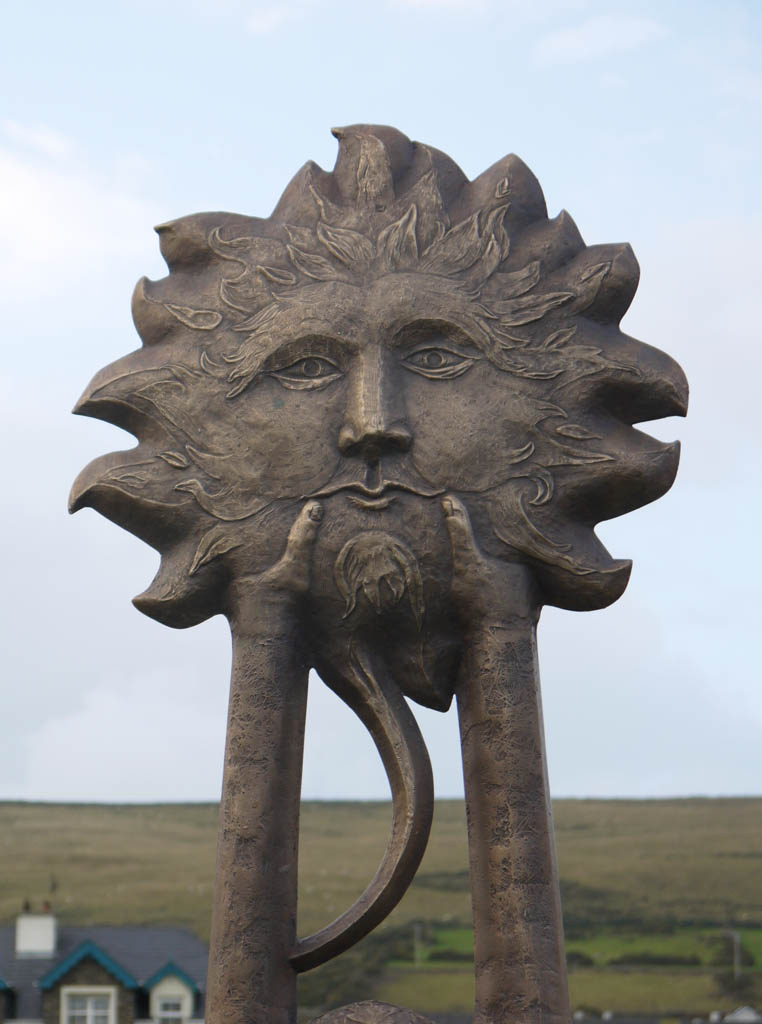 This sculpture is a stylised elongated figure taking its lines from the traditional Irish hide boat, the currach. With its arms reaching upwards and holding up the sun, it is a symbol for “Ard na Greine”, (The High Sun) the name of the estate where the sculpture is sited.  The face of the man is covered in oak leaves and represents the “Green man” who can be interpreted as a symbol of rebirth, representing the cycle of growth each spring. The body of the figure with its organic matted texture along with its currach inspired shape symbolizes the idea of a voyage by boat that pays homage to one of the most well known and legendary historical early Christian explorers, St. Brendan the Navigator. It was from nearby Brandon Creek that he set of on his seven year voyage to the New World in a hide covered wooden boat.

On the body of the figure, both on the front and back and on a nearby wall, there are small panels that were made by the local residents in a workshop that we ran in conjunction with the commission. Both adults and children were involved in making drawings, carving clay panels with some made into cement patterns that ­were finally cast as both  aluminium and bronze for the wall pieces. Eight other community panel designs were integrated into the main figure at the production stage.