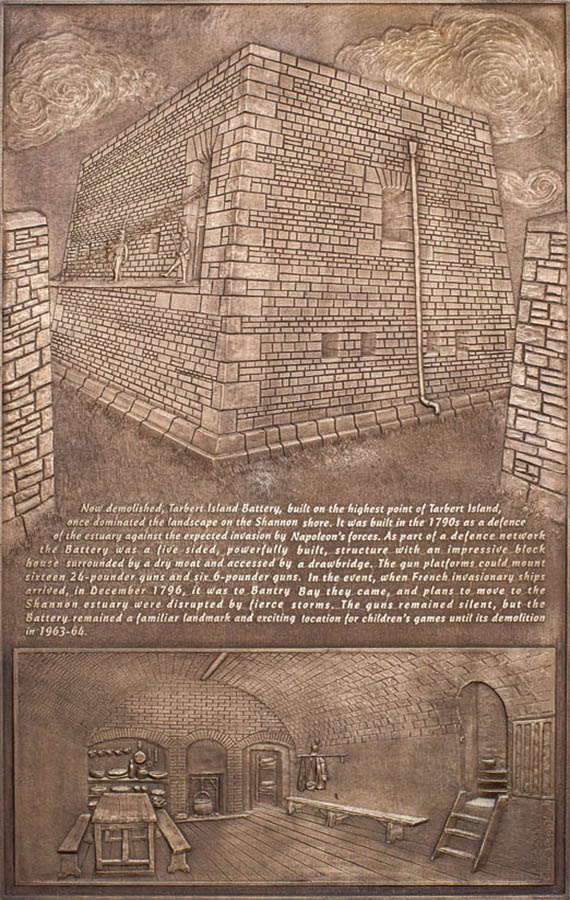 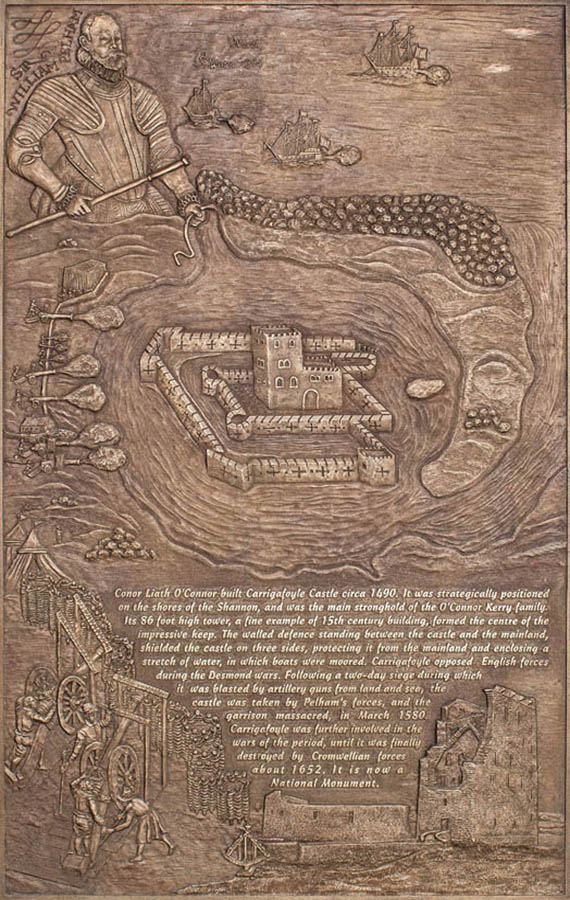 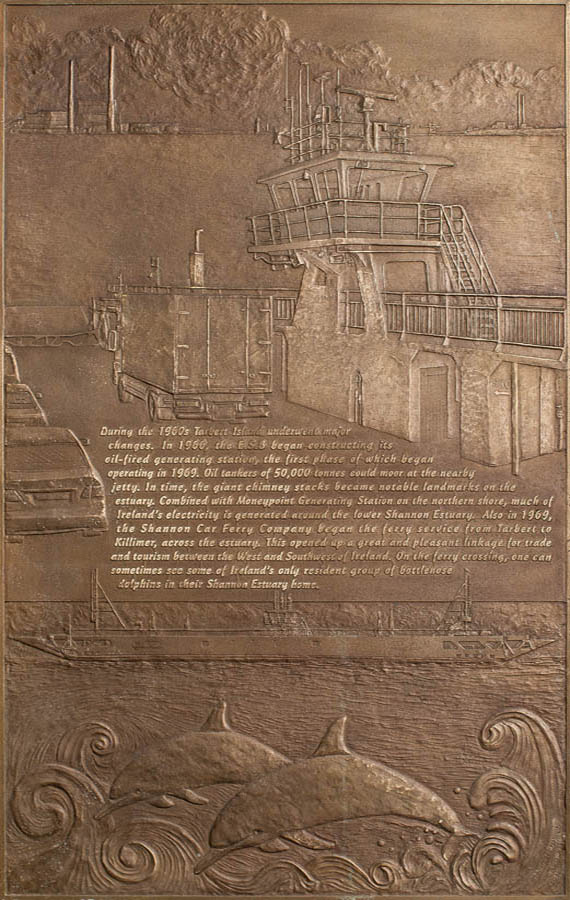 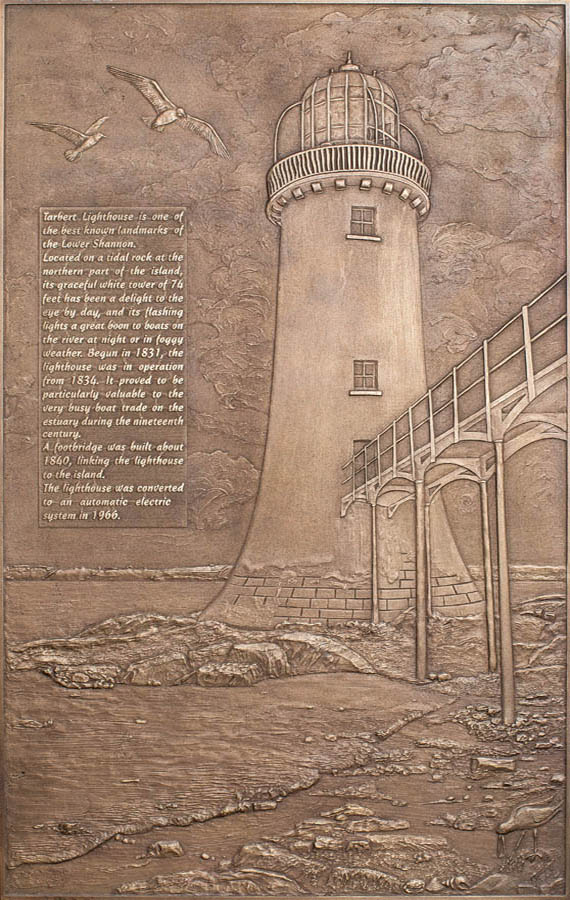 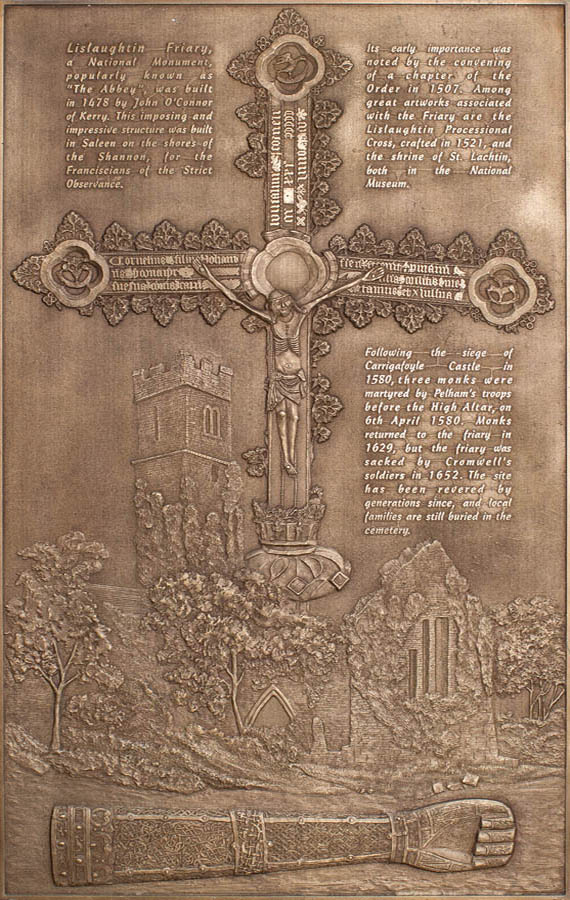 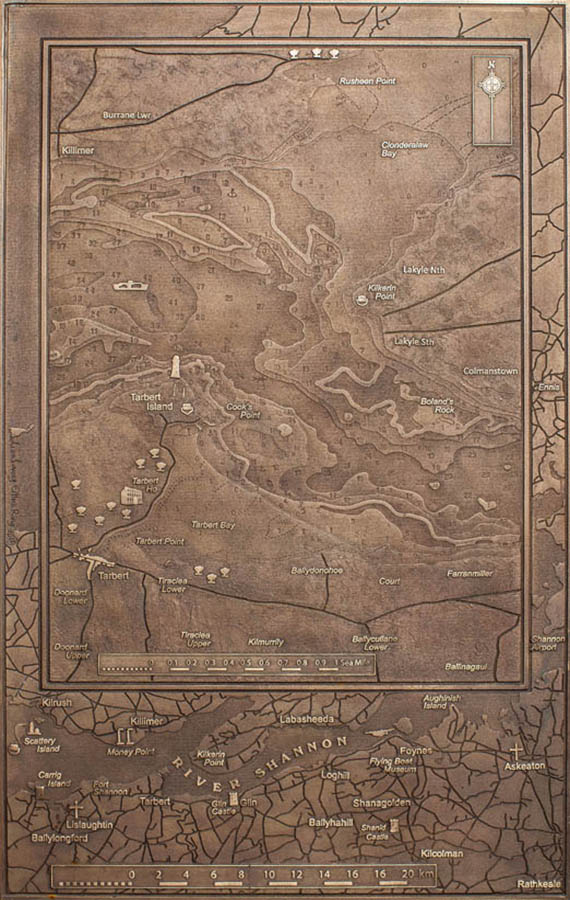 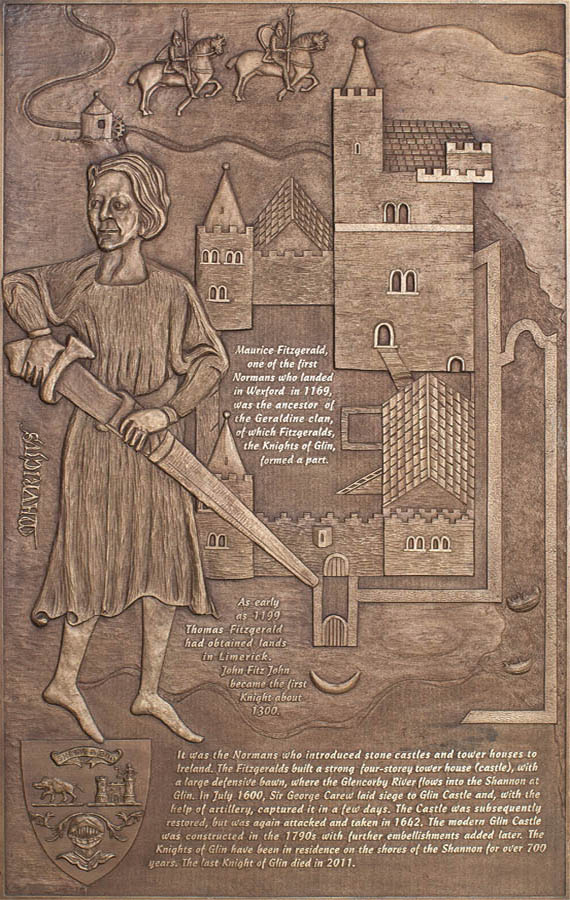 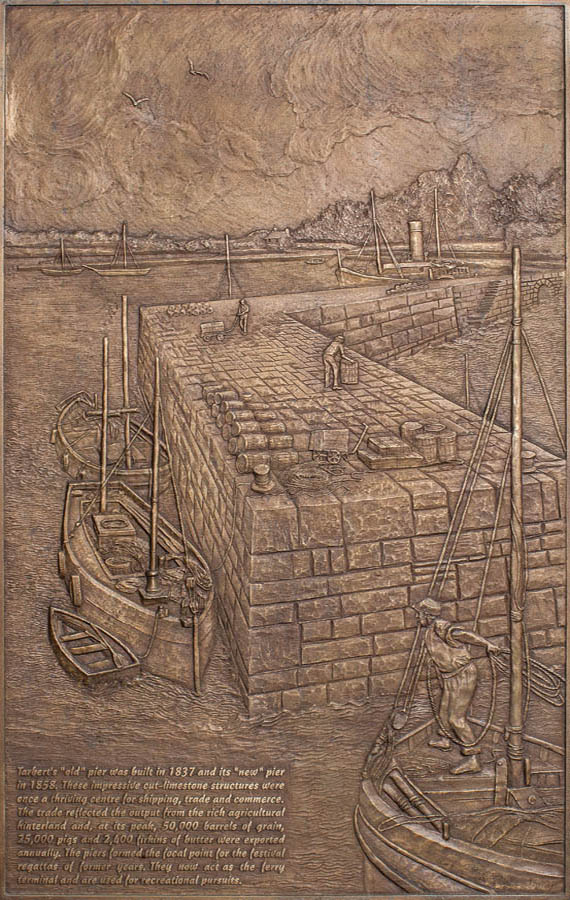 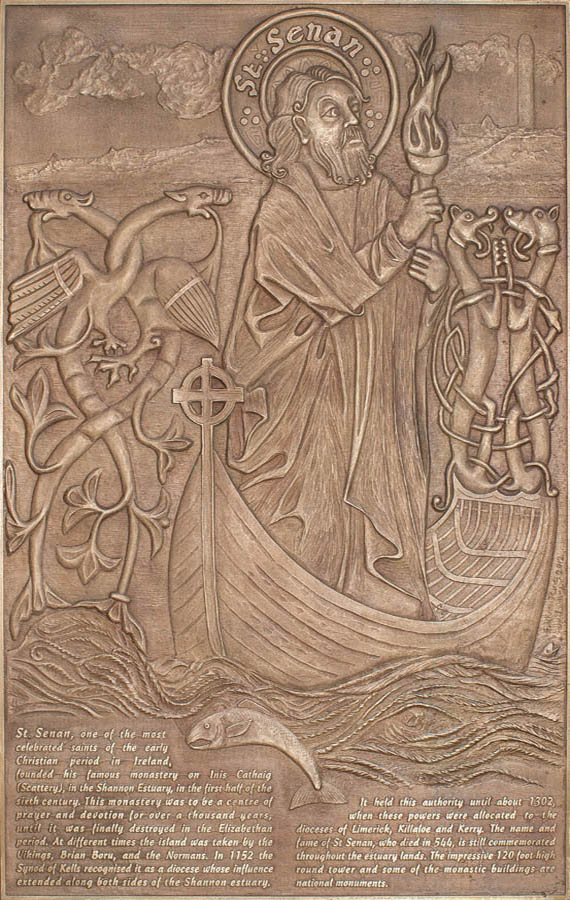 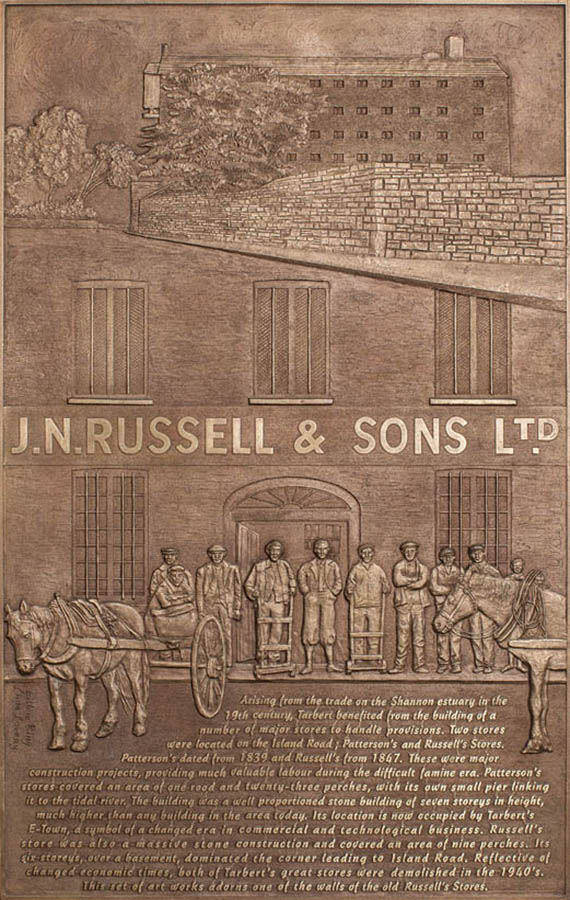 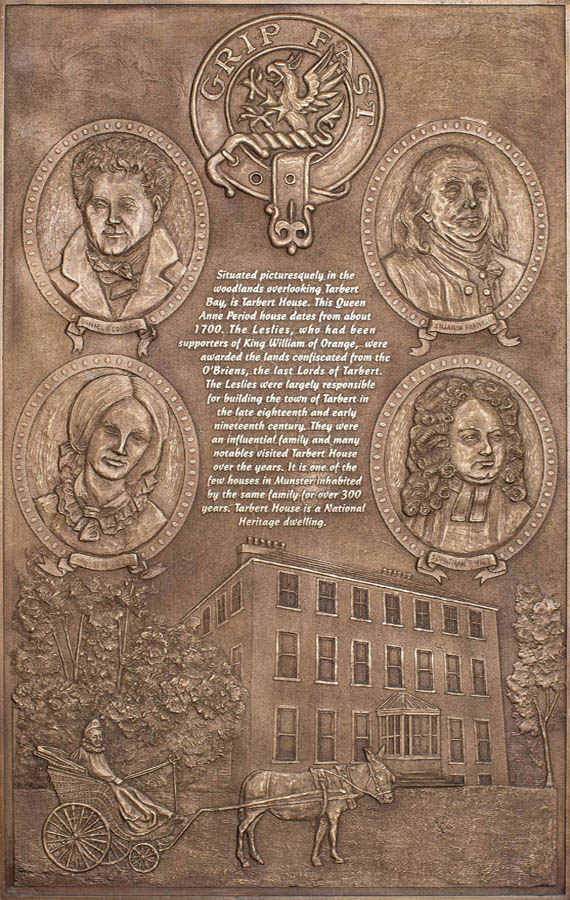 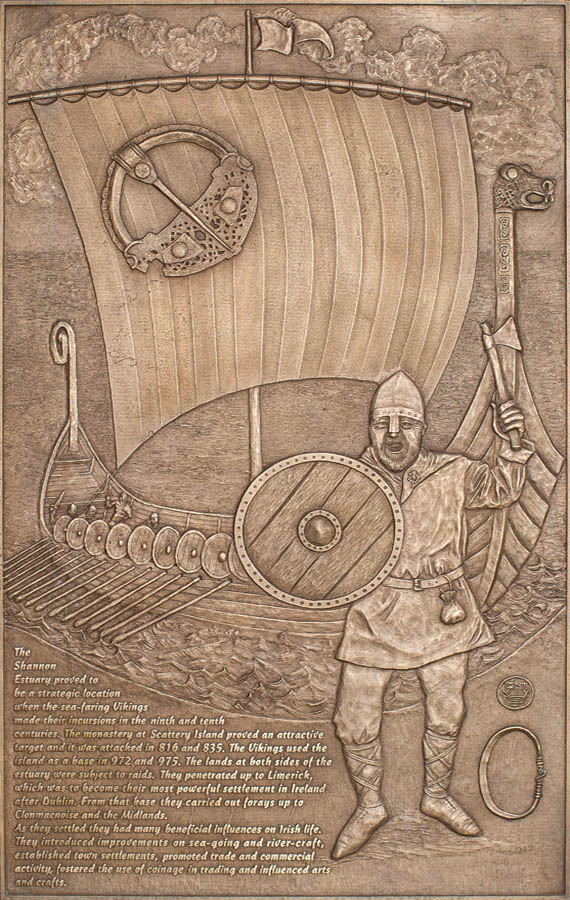 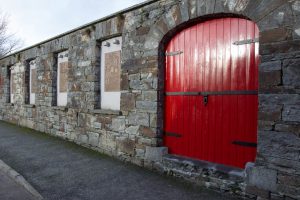 We were commissioned by Tarbert Development Association to create cast bronze panels to be installed into the in-filled windows of the restored ground-floor stone wall of the once seven-storey Russell’s Store in Tarbert, Co Kerry,. The “Shannonside Story” panels tell of the River Shannon and its part in the development of Tarbert. The 12 panels depict significant milestones of the history of the area; from the coming of St. Senan in the 6th century to the arrival of the Shannon ferry in the 20th century. The plaques have also been of great educational value locally, and have been identified by local teachers and historians as a great resource for students and visitors.

As an extension of this project we ran a series of workshops in Tarbert National School to further engage with the local community and give some of the school going children a more in-depth and hands-on appreciation of art. It also gave them an insight into how we, as artists, would approach a commission from the initial design stage, to production and on to the final installation. It was gave us an opportunity for us to pass on the knowledge and passion that we have for the creative process and hopefully inspire some future artists. The 3rd and 4th class produced cast concrete art panels from their own clay patterns as part of the 50th anniversary celebrations of the building of school.