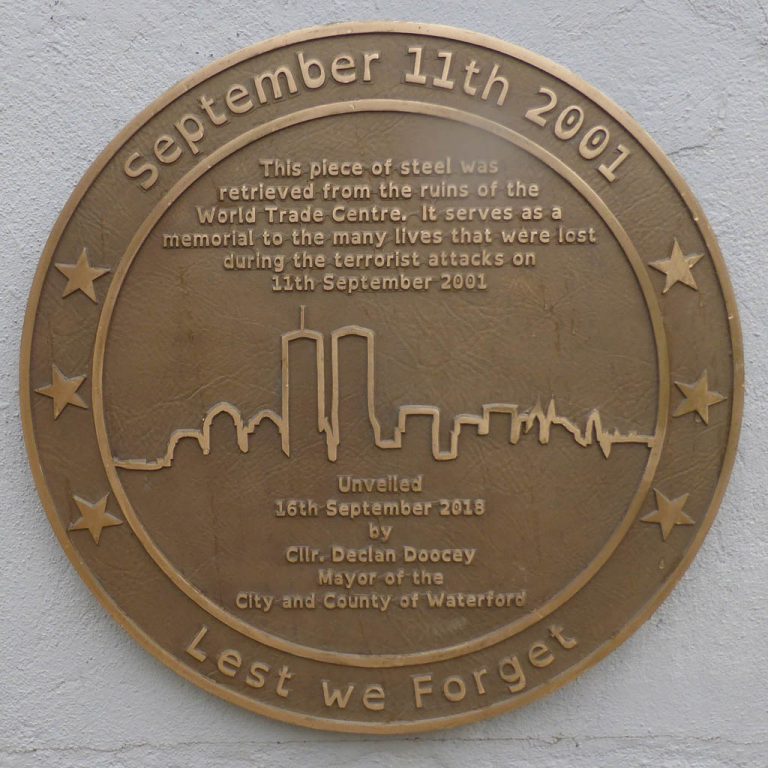 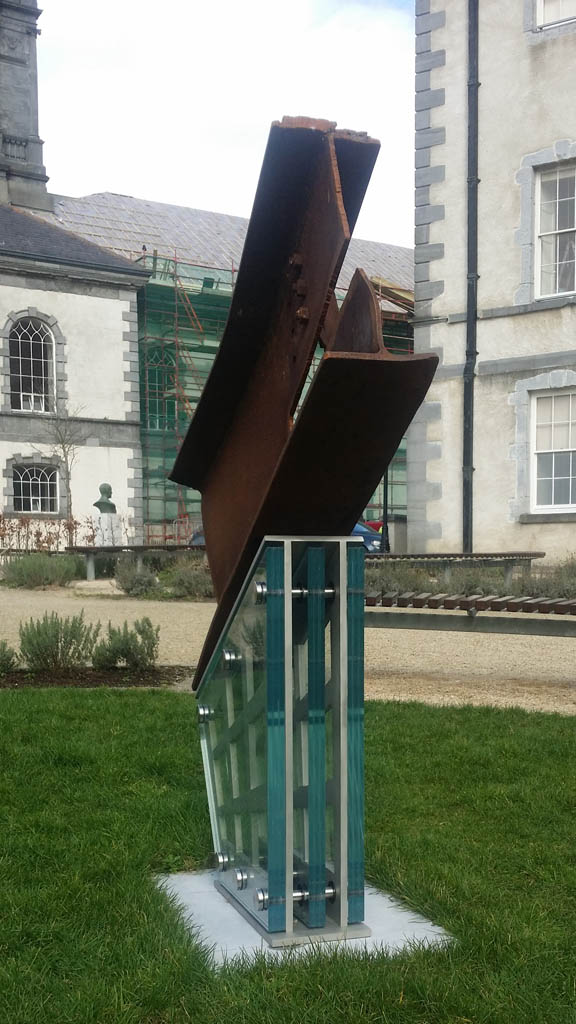 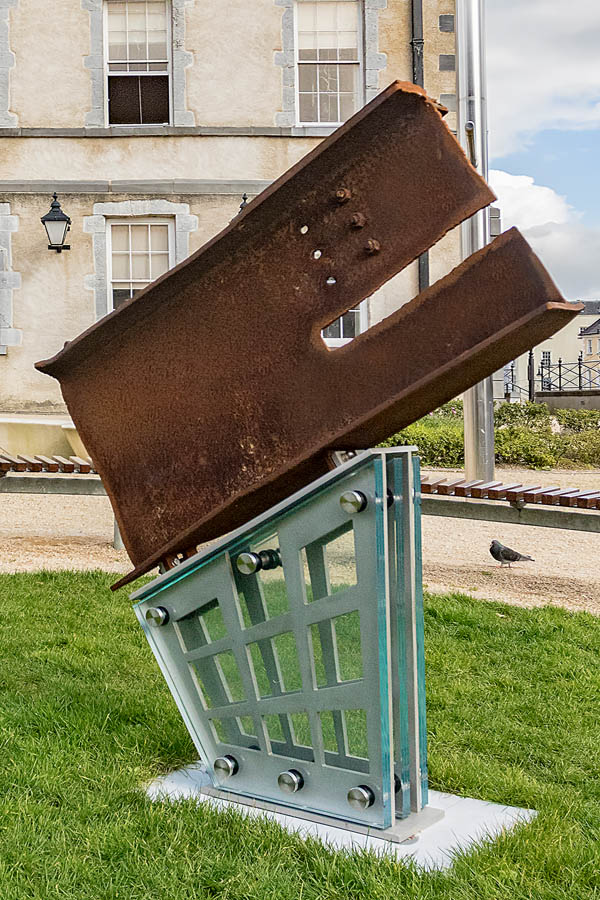 A poignant memorial, consisting of a steel girder from the rubble of New York’s former World Trade Center, has been erected in Waterford to remember all those who lost their lives on September 11th 2001.

Local glassworker Seán Egan was instrumental in the project which received support from Waterford City & County Council, local businesses and the Emergency Services. He had earlier worked on a commemorative piece featuring a 9/11 scene, which was donated to the Fire Department of New York City by Seán and Waterford Crystal.

Upon a further meeting with Brewster, Massachusetts Fire Chief, Robert Moran when Egan was working on a sculpture commemorating the Boston Marathon bombings, the subject of acquiring a piece of steel from 9/11 for a memorial in Waterford arose.

When designing the memorial we took into consideration Sean Egan’s original commemorative piece and images of ground zero after the attack We came to the idea of placing the girder on a glass plinth symbolise the fragility of the structure and reflect the lattice pattern of glass of the original Twin Towers.